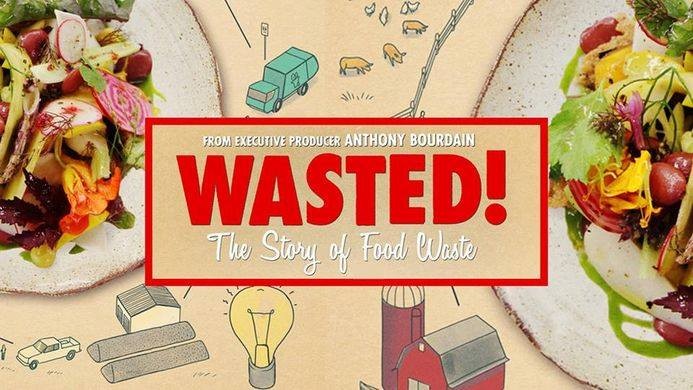 WASTED! The Story of Food Waste

Join us Saturday, March 23 at 6:00 PM to watch this documentary produced by the late author and chef Anthony Bourdain.

Free and open to the public. Light meal (soup, bread, dessert) at 6:00 PM; film and discussion starting at 7:00 PM. There will be a drawing for two waste-free kitchen related books.

Approximately 40 percent of food produced for human consumption in the United States goes to waste. In landfills, the waste produces methane gas, which is 23 times more powerful as a greenhouse gas than carbon dioxide. Food waste costs $1 trillion annually but there is still a global problem of human hunger.  Hear how food activists and chefs from around the world are addressing food waste. As an Anthony Bourdain-produced film, expect it to have his signature style and come away informed.

Film rating: TV-MA (mature audiences; age 17 and above due to some words of profanity.)
Film length:  85 minutes

Sponsored by the AUUC Green Sanctuary and Social Justice Committees

Do you really want to delete card?

This process cannot be undone.

Card has been deleted successfully.